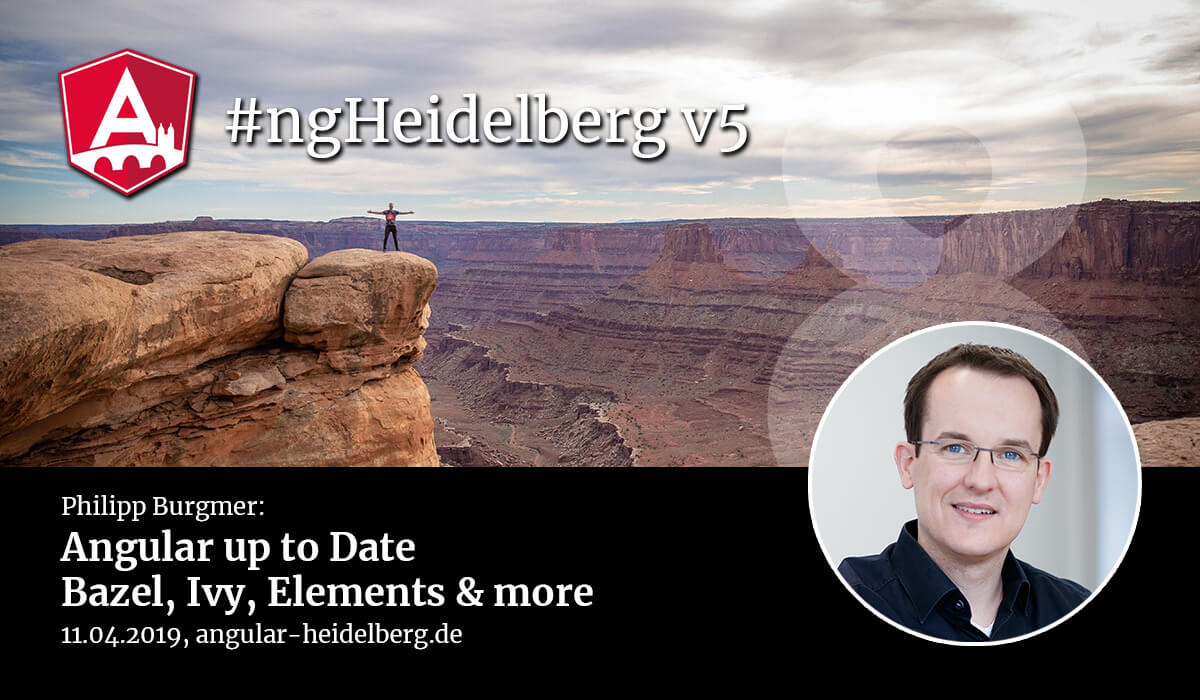 Angular 8, Bazel and Ivy are currently hot topics in the angular universe. Phillipp will give us an overview of some great new features in Angular 8 – especially Bazel and Angular Elements. How do they affect our daily work with Angular? And what advantages do they promise?

For some time now, the Angular team has been tinkering with the build system bazel. Bazel is already being used internally by Google for many products. We’ll see what advantages the new build has and how easy it is to get started. Of course, we have to take a closer look at the eagerly awaited Ivy renderer. So much can be revealed: the bundle size of your app could be made enormously smaller! But those are not all advantages of Ivy… Finally, everyone can enjoy a little introduction to Angular Elements, which will benefit greatly from Ivy’s changes.

Philipp Burgmer is a web native. Developing web applications for 15 years, he likes to pass on his accumulated and constantly refreshed knowledge through trainings, lectures and conferences. He works as a developer, consultant and trainer for W11K GmbH / theCodeCampus.